Florence: 2018, 2009
The Renaissance has finally eaten itself. Some nine million tourists — that’s 25 to every local — flood this city’s palazzi, chapels, churches and galleries every year, vying for a glimpse of Michelangelo, Donatello or Giotto genius. The architectural and artistic hubris of the ruling classes — the Guelphs and Ghibellines in 13th and 14th centuries followed by a 300-year bout of Medici one-upmanship — has a lot to answer for.
Buy your copy. 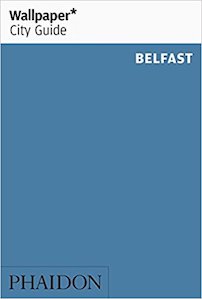 Belfast: 2014
Belfast is in the midst of an extraordinary metamorphosis. After decades of underinvestment, the city is welcoming an influx of millions of pounds, the creation of new quarters dotted with lively bars and restaurants, and high-calibre cultural hubs like MAC. A once sparse diary is filling with festivals, and the arts scene is blossoming. Most importantly, sectarian violence has been largely extinguished, bar the odd flare-up, to make way for peace.
Buy your copy. 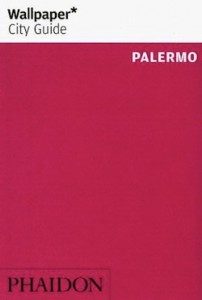 Palermo: 2014, 2010
This city is chaotic yet beguiling. You won’t find menus translated into five languages or phalanxes of tourist coaches here. Many businesses close on Sunday and Monday, and the siesta is unapologetically observed. Ultimately, Palermo is a city owned by its inhabitants, who mark their territory by thronging its alleys, cafés and trattorie. Be aware, though, that the best venues are well camouflaged. Without this guide, you may struggle…
Buy your copy.

Genoa: 2013
Genoa is ruled by head rather than heart.Its denizens possess a commercial nous as enduring as the watermark on a €500 note. This pragmatism is responsible for a booming maritime republic, Europe’s largest medieval centre and, at a push, a united Italy (Garibaldi’s ‘thousand’ set sail from here to bring the south into the fold). Later, such meritocracy has allowed modernist architects such as Luigi Carlo Daneri and Franco Albini to shine and…
Buy your copy.

Turin: 2011
Turin is a city of exploded myths.Those expecting brutish industry will discover a civilised nucleus of baroque palaces and porticoed walkways, built by the country’s first ruling dynasty, the Savoys, and providing Italy with a glorious inaugural capital (1861-1865). The rump of Giovanni Agnelli’s 1899 Fiat empire and associated factories, which powered the city’s economic boom and absorbed droves of meridionali, has long gone, leaving…
Buy your copy.

Bologna: 2008
When Italy zigs, Bologna zags. The city boasts some of the country’s finest medieval architecture but is largely overlooked by tourists. While a sluggish economy forces Italians to tighten their belts, Bologna opens yet another restaurant or bar. As the nation lurches to the right politically, Bologna remains a stronghold of the left. Some of the reasons lie in a simple insight: this is a city with its heart in the south and head in the north.
Buy your copy.